We are located at 1830 MacKay Street in Regina. 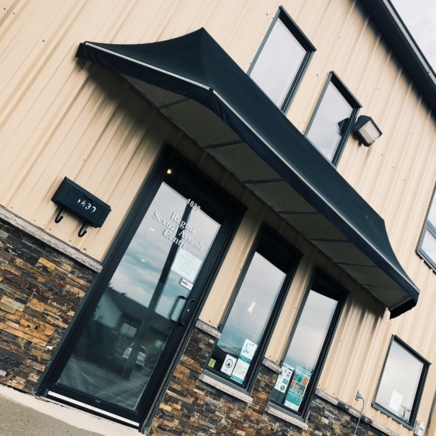 In the late 1960's and early 1970's, western societies experienced a resurgence of feminist collective activism. This activism focused on addressing the inequalities that women were experiencing in all contexts of their lives. In June 1975, Denise Hildebrand and Abby Ulmer opened the doors of the Regina Women's Community Centre with a vision of promoting the equality of women within their own community. An initial grant from the Province of Saskatchewan enabled the Centre to provide a drop-in, referral, and basic counselling centre for Regina women. Services such as medical, legal and agency referrals, a lending library, crisis pregnancy counselling and supporting counselling services were provided. The Centre became active in public education, advocacy in the areas of sexual health, welfare rights, violence against women, and structural inequality, and it took an active role in coalition building.

in November 1975, the Centre incorporated, and in February 1977, the addition of a sexual assault crisis line improved the Centre's ability to respond to survivors of sexual violence and provide crisis and long-term counselling for them. Membership in the National Organization of Rape Crisis Centres brought extensive information on how to start a sexual assault crisis line and training packages for volunteers. The Centre began training volunteers to assist on its own line in 1978. Also in 1978, the centre received its first annual grant from the Department of Social Services. This grant enabled the Centre to stabilize programs and services.

In 1987, as a result of changes to provincial funding for non-governmental organizations, the Centre began a series of creative and well organized fundraising efforts in order to maintain programming. Of course, maintaining programming was not enough. Due to the Centre's efforts in public education and advocacy, there was a dramatic increase in the demand for its services. In response, the Centre sought out and developed additional funding partnerships with the Ministry of Justice and Attorney General and the City of Regina.

In January 2013, the Centre changed its name to the Regina Sexual Assault Centre. This was done in effort to open the doors to male adult survivors of sexual violence. The change was to reflect the diverse individuals we serve and make the Centre accessible to all survivors.

The Centre is funded by the Ministry of Justice and Attorney General, as well as the City of Regina, Community Initiatives Fund and the Government of Canada.  We are also supported by generous donations from individuals, businesses and various community enhancement funds.​

This is our cozy little office that has become our second home. We aim to remove any type of clinical, or medical, setting to make our clients feel comfortable. We try to make our environment as friendly and welcoming as we can, plus the coffee and tea is on us!